As a Family Man  (Excerpt) – Triunephant

Trying my best to be a good husband and a better father after learning from imperfect models is truly very difficult. At least I tried and am still trying to be the best dad and hubby despite my hard experiences.

I would like to believe that I am a naturally loving and protective husband, and a nurturing and caring father.

I hope Ellen and my children, Janvier, Sharlene and Mutya see me exactly as I see myself. But I do admit, I have not been loving all the time. As a husband, I used to verbally and emotionally hurt the feelings of Ellen probably a hundred times or more.

Ellen is one person who has seen how much I have already changed from what I used to be. As a 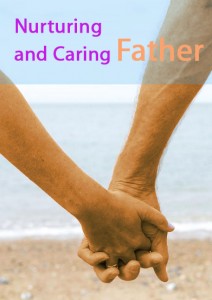 husband and a father I am pretty sure that I have a good provider. I work very patiently and give my best to earn enough money to provide my family with good food, comfortable cars, a house and beds, and send my children to good schools.

As a son-in-law to Tatay Johnny Viniegas, I was so close to him because I treated him as my real father and he treated me like his real son. It was easy for me because I had been looking for a fatherly love and relationship having missed these from my biological father.

I learned a lot of things from Tatay Johnny, especially about how to be a family man. He was a very simple man. His thirty years of dedicated service to his company taught me what commitment to work and loyalty to the company really means. I also learned the value of honesty and integrity from him. He had the authority to appoint dealers and distributors in the areas of his responsibility in Visayas and Mind-anao. Dealers and distributors from Cebu, Ilo-ilo, and Davao cities had the same praises for my father-in-law. They all told me that despite the attractive offers from different established distributors in their respective areas, my father-in-law still appointed them even though they were in disadvantageous positions compared to these well-known dealers.

When he retired, his thoughts, words, actions, apprehensions, and experiences inspired me and made me more interested about the life of a retiree.

As a retiree, I noticed that my father-in-law still clamored for the things he missed as an employed person, including all the perks and the good life such as spending time with friends and business contacts in the coffee shops of expensive hotels.

He got sick with thyroid and lung cancer of his thyroid and lungs, but I had the opportunity to journey with him until his last day. It was my fortune to learn the true meaning of the word “death” directly both from his verbal and nonverbal actions.

He whispered to me to ask if it were possible for him to see all his children and grandchildren even if he was in the hospital. I told him he could not because they were too many and I saw the sadness in his face when he said, “It’s okay, I just thought I could see all of them in one place before I die.” Of course it was possible. I planned to surprised him. I told Ellen about it and we gathered everyone, all the way from Baguio in Northern Luzon and Binondo in Manila, and brought all of them to Cebu Plaza, now Marco Polo Hotel.

You may be wondering why I talked a lot about good things about my father-in-law and my biological mother, with no mention of my real biological father. Honestly, I was not and never been very close to my real father. As I mentioned, I silently hated him for what he did to me and to the whole family.

Six years before his death, I sensed that my father wanted to make up for his misdeeds and shortcomings. He made efforts to be closer to my family and me.

On his sixtieth birthday, one of my sisters requested that I throw a party in his honor. It became a family reunion and it was a very memorable one for all of us. Part of the culmination was for each of us to give our father a big hug while we were all singing a birthday song for him. I had mixed emotions. I was not sure whether I was prepared to do it but with all my sisters prodding, I did. I couldn’t believe it; I gave my father a big hug after more than thirty years.

Want to Read the Full Edition …