As a Medical Representative  (Excerpt) – Triunephant

One day, I received a telegram from my brother, Rey, who was then working in a multinational drug company as medical representative assigned at Philippines General Hospital. He asked me to come to Manila as soon as possible to apply in a British pharmaceutical company. We didn’t expect that I’d be hired.

After three days, I received a call and was asked to report for an interview the following day. When my name was called at around 10:00 A.M., I entered the room, opened the door, and, when I was almost inside, I heard something hit the wall. It was a pencil. Then, I heard a very loud voice. When I looked up, I saw a short, dark, stocky Indian-looking make interviewer who shouted at me, “Okay, pick up that pencil and sell it to me.” 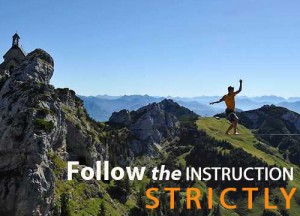 This was my first time to be interviewed and I had no formal training and experience in the field of selling, but I picked up the pencil and walked toward the interviewer. I could not talk. It took quite a long time for me to utter a word. I was overwhelmed. Finally, I was able to open my lips and talked. As to what I said and how long it took me to sell that pencil, I couldn’t remember anymore after I left the room.

It was a unique interview and I liked it very much. I did not expect that it would be followed with a unique training. Eleven days later, I was called to report immediately. I went to the office and I was told that I would be on training. There were twenty of us all in all and I thought it would just be a simple classroom training. When the secretary gave me a piece of paper, I was surprised when I read the instructions. We were instructed to read all of them thoroughly and follow them strictly …

This was the thick. The headmaster told all of us to carry and tuck with us all the excess creative. Not a single excess item must be left on the ground. We were given only five minutes to do everything and when we were all finished, we were asked to jog around the quadrangle with all the things attached and tied to us.

Just imagine if you brought thick clothes and bed sheets. Some brought extra food, junk food, and drinks in bottles. Others brought big bags and attache cases. Some did not bring rubber shoes as instructed, so they were wearing their leather shoes while jogging under the extreme head of the summer sun.

For a while, it was fun as we laughed at one another and the training staff also laughed with us. We thought it was okay until we completed the tenth round of nonstop running when we realized that they mean business. We were waiting for them to tell us to stop running but nothing happened until one trainee collapsed at around 11:25 A.M.

One of the activities we were told that we could not go back to our rooms and sleep in the comfort of our beds. We were instructed to sleep outside, not on the ground but up on the tree, and no single part of our bodies must touch the ground. I found pieces of wood and ropes and climbed up a tree. I put the wood between branches and tied myself tightly. Dead tired, I fell asleep fast. When I woke up, I found myself hanging from the tree face down like a pig but safe.

When God created us, He provided us everything we needed in life. 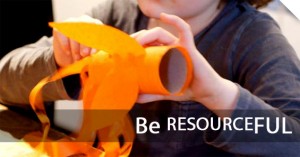 Before I forget, I would like you to know that throughout the training, the staff kept on shouting at us, calling us names, bad-mouthing us, always telling us that we are good for nothing and that we better go home and plant kamote(which means good for nothing) every time we commit mistakes. Lesson? I don’t know: I did not learn anything from the shouting. Benefit? Oh, yes, definitely. My earwax was gone. Honestly and in fairness to all Glaxo trainees, Bob Garon and all the training staff, the training and experience were all good and beneficial …

After another three long weeks, the training was completed. That very same day, they announced our territorial assignment. I was sent to Cebu to cover Cebu City and the whole province, including Bohol. It was my first time to be out of Luzon. It was also my first time in Cebu and first time to take a plane ride. My senior representative, Mr. Danny Velasco fetched me. I was billeted for a month at YMCA. I had with me a pair of shoes and slippers, a denim, two shorts, three pairs of working pants, five pieces of underwear, seven long and short polo shirts, four handkerchiefs, and six pairs of socks, and every piece of all these things was old.

During my first week at YMCA, I would cry every night and have thoughts of leaving my job to go back to Manila. If not for Danny Velasco’s brotherly advice and his wife Pura’s sisterly love and care. I could not have stayed in Cebu for more than a year. The couple became like a brother and sister to me. They sustained me during one of the most crucial and critical times of my life. After one month at YMCA, the canteen owner, Benjie, his grandmother, and his brother became my friends and family, They invited to stay with them in their apartment near YMCA.

Want to Read the Full Edition …